A Day of Fulfillment

Our day started with uncertainty. Due to the ever-changing weather, we weren’t sure if our beach day would happen today. We woke to a text from Luis that we had another full day of service. My knees weren’t too prepared but the rest of me was ready to get dirty again! When we got to the wetland nursery, we were given a talk from Pedro, a community leader in Cataño. He told us of his life and how he came to be who he is today. 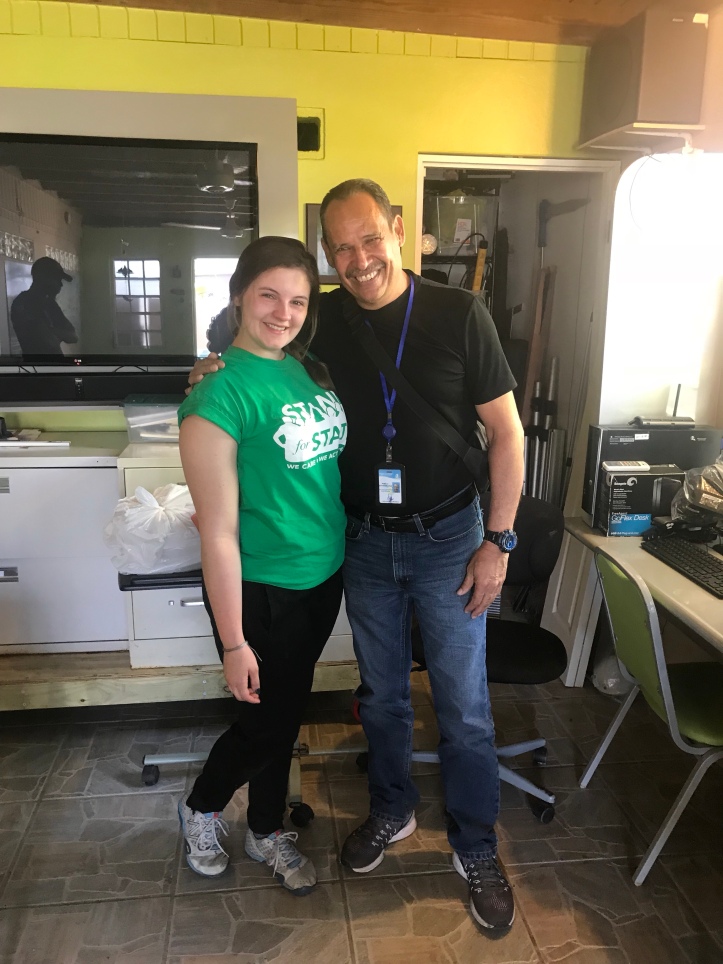 Pedro, a community leader in Cataño

Pedro stopped going to school in fourth grade to help his family and care for his younger siblings so that they could go to school. He made a fake birth certificate so that he could work for the gas company at sixteen. Everything he earned went directly to his mother to help support their family. He also began to work in his community to help support families who needed help. As he got older, he wanted to test his knowledge and took a test designed for fourth graders and he passed with flying colors. He is currently nominated for a doctorate from the University of Puerto Rico. The advice he gave to us was simple: If you set your mind to something you can accomplish it. There are sad and happy moments, but the most important thing is to remember who you are and where you come from. Life is simple. The ones who complicate it are often ourselves.

After our enlightening talk with Pedro, we were out in the nursery starting seeds and attempting to put tarps over the greenhouse for some shade. It was a process and the morning attempt was unsuccessful. However there was one great success… My large toad visitor came back today! And this time I got to hold him! I’ve decided to call him Godzilla. He’s a cutie (even though he decided to violently pee on my hands when I picked him up…)

We switched it up for lunch today and were taken to Villa Pesquera where we got to eat lunch on the coast of the bay, directly across from Old San Juan. I was starting to get tired and that view was just the mental pick-me-up that I needed. Being able to walk along the boardwalk and look at Old San Juan and the cruise ships from across the bay was the most refreshing and rejuvenating feeling. Also, I’m 99.99% positive that I saw a shark.

After our little break, we headed back to the nursery where, after much teamwork, we finally got the tarp back on the frame of the greenhouse! After that feat, we got ready to head back into the wetland to plant mangroves! The planting only took a matter of minutes, but it was still great to see our work from clearing yesterday to planting today.

Call me the new Luis

Right when we thought we were done, Luis asked for some volunteers, so off I went, ax in hand, to see what needed to be done. Five of us went out and in about ten minutes had a trail cleared to get to the back of the wetland easily. Luckily we had some extra company from Luis’s dog, Mancha, who likes to play in the mud and tree iguanas.

When we finished (for real, this time!) we headed in and ended our time in the wetland. The time we spent there was hot, humid, and at times (especially with all of the mud) slightly difficult. But every moment of it, except for maybe the anaconda scare on Monday, was incredible. I look forward to returning to the wetland in a few years to see how our mangroves have grown and how the wetland has regrown.

Tomorrow we’re heading south to Isla de Gilligan for some beach time. Hopefully the weather man is wrong and we don’t get the forecasted rain!